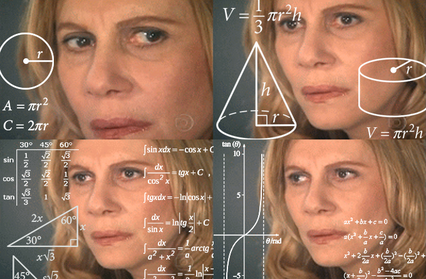 I am coached by one of the most brilliant men I have ever met.

Steve Magness is my polar opposite in so many ways. He is logical, analytical, and he sees training in a way I can’t even begin to fathom.

I have learned to depend on Steve in every aspect of my running, except for one thing:

It is NOT Steve’s job to run my races for me.

It is not my coach’s job to put me in the red zone and ensure that I take the necessary risks during a race. That is MY job.

It is Steve’s job to make sure that I am in the best possible fitness I can be when I reach the starting line so that I can afford to take those risks en route to the finish line. It is his job to ensure that I have enough fitness in the bank so that when I write a massive check with my body early on in the race, I can afford to cash it at the end when the going gets tough, but I still have to be willing to put myself in a scary situation and write that check. That part is up to me.

We live in a society and a culture where we are taught to avoid taking blame. I see this among the younger generation in particular, where taking self-responsibility seems like something to avoid at all costs. They transfer schools because their professors didn’t ‘get them’ or bounce from roommate to roommate finding fault with each one. They quit jobs because they feel that the boss asked too much of them, and jump from occupation to occupation never taking a minute to slow down and ask, “could the problem be me?”

Honestly, sometimes the only possible way to grow and change for the better is to ask that very question.

How easy would it have been, after two years of mediocre racing, to tell myself, “Well, I guess Steve’s training doesn’t work for me. I guess he’s not the right coach.” It would have felt better to have cast the blame on him than to look inward and say, “No, Steve is a brilliant coach who has produced incredible results with all types of athletes across the board, and if I’m not racing well, it probably has more to do with me than him.”

It would have been easy to jump ship, and I see this happen with some pro runners who go from coach to coach, having five, six, seven different coaches over the course of a career. I have had two coaches in eight years, and the coaching itself had absolutely nothing to do with why I left Zap Fitness. When I started there I fully intended to spend the rest of my career as a Zap athlete, but sometimes life forces you to make a change you didn’t want to make.

The point is, and I know this comes off a bit harsh, but sometimes the problem is you. And sometimes it’s me.

Let’s call a spade a spade, for the first half of this year, I was racing like a p***y.

I stood on the starting line not a warrior but a bystander hoping not to take too much shrapnel on the outskirts of the battle. I became afraid of the fear itself that racing brings and it finally dawned on me that no matter what I did, I would never be able shake that feeling of being scared to race.

But, aha! Being afraid and letting that fear affect your actions are two different things entirely, and thankfully I had this revelation before the season was over.

And sure enough, when I hit mile four of Grandma’s Half Marathon, I was absolutely terrified. I was in way over my head, leading the race at a pace that would once have been a 5k PR and I was hurting. Badly.

Oh, but from there, everything was sunshine and unicorns and I coasted all the way to the finish line!

No. Of course not. I thought about dropping out every single mile.

I promised myself that once I reached the 10k mark I could pull to the side. After all, it was honestly a very decent 10K road split, my fastest ever, and I could walk away with that.

This pattern continued all the way through mile 12 where the doubts were replaced by frantic math, running the numbers to figure out how long it would take me to complete the final 1.1 miles of the race (see above picture). Truly, I didn’t know how much faster than my previous best I was running until I found myself face down on the pavement beyond the finish line in tears, weeping into my hands. I had run 1:11:30. I had run 13.1 miles in 5:27 mile pace despite the best efforts of my brain to stop me. A warm hand landed on my back and a voice asked, “Are you okay?”

This was my first personal best in four years, but honestly, if it hadn’t happened now, I would have waited another four years. And another, if that’s what it took. See, running is like a rope I’ve been dangling at the end of, and as the bad races and years of stagnation piled up, that rope began to fray. One at a time, threads snapped until it was just me and that last thread left. But the thing is, that last thread was the strongest. My last thread, when everything else led me to believe I was done, was the basic belief that I was born to do this.

Taking responsibility for how I was racing turned my season right-side-up. If you find yourself looking for where you can place the blame for a bad performance, consider, just for a moment, turning the finger around and asking how you can improve yourself, rather than how others can do it for you.

You might just find a breakthrough on the other side.