Know When to Hold 'Em

A Look at the Inner Workings of Two Elite Athletes.

Though we often chase similar goals, distance runners are astonishingly different. I’ve spent the last few weeks living and training with Tina Muir, a British elite who I’ve been racing for nearly a decade.

We dug up this little gem a few days ago: 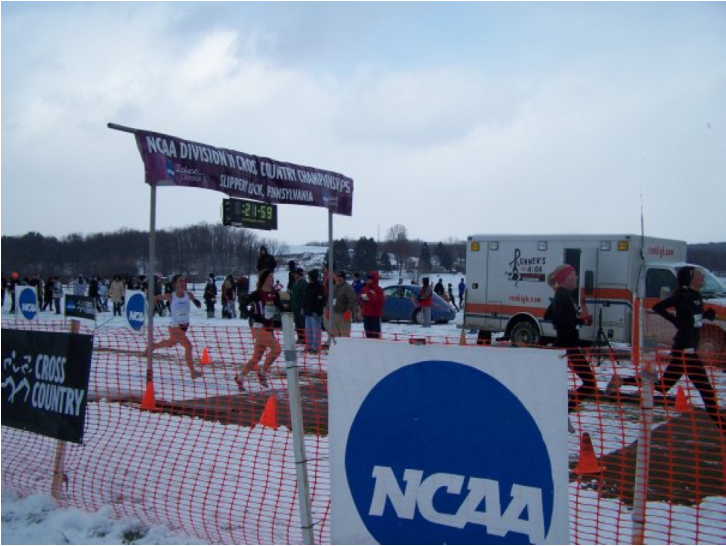 ​This is Tina outkicking me at cross-country nationals my sophomore year of college. So yes, we’ve always been close. Sometimes literally.


This is us last year, frolicking about Kentucky, running our hearts out and eating our feelings. 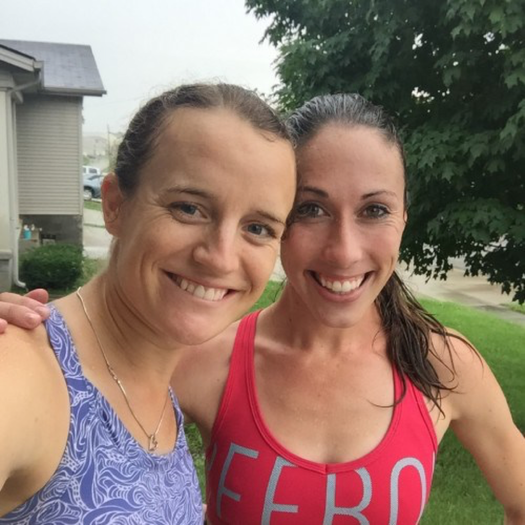 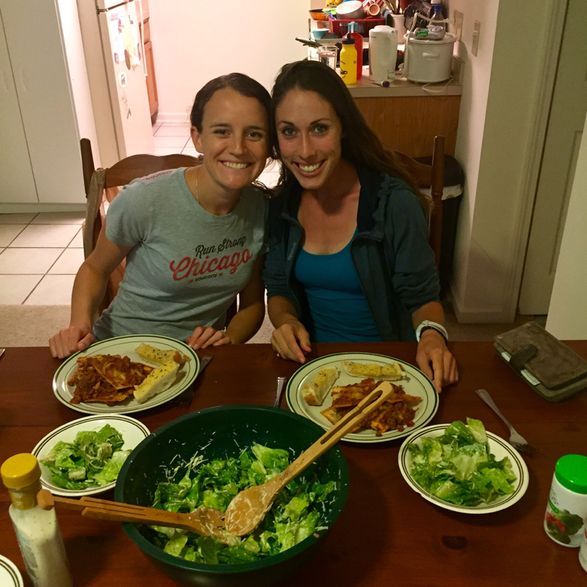 Recently, Tina and I were talking about the mind-body dichotomy of marathon running. Every athlete, even the elites, have a chink in their armor. One is always weaker, either the body or the mind.

For me, 99 times out of a hundred, my body will give out before my mind does. This is the best possible way I can describe it:

The Pilot sits in the cockpit, halfway through a coast to coast flight. The flight attendant knocks on the door.

Judy: “Sorry to bother you, sir, but we’re having a bit of an electrical problem and the lights in the cabin have shut off.”

Judy: “Hey, just a heads up, engine one just blew out.”

Pilot: “Oh. Oh God. Alright, um, let’s just do our best to balance things out with what we’ve got left.”

Judy: “Just thought you should know, half the passengers are dead.”

Judy: “So… the left wing has fallen off and there is a gaping hole in the side of the plane.”

The pilot leaps from his seat and tackles Judy. The two roll around on the cabin floor beating each other to a pulp as the plane goes down in flames.

Tina is the polar opposite, her mind will almost always cave before her body does. In Tina’s situation, the characters are the same, flight attendant Judy represents her body during a marathon and the Pilot represents her mind, but the actions are totally different.

Judy: “Just checking in to see if you need anything sir.”

Pilot: “Now that you mention it, an Advil would be great, I’ve got a headache from the glare of the sun up here. Seriously, no one warns you how bright it is through that tiny little window. And birds, I’ve seen about 14 flocks of birds. We better hope to God none fly into the engines…”

Judy, “Sir I brought you some coffee to keep you alert.”

Pilot: “Coffee? Are you crazy Judy? What if I spill it on myself or on the controls? Why not just hand me a can of gasoline and light a match?!”

Judy, “Sir, are you alright? The passengers are starting to worry, you’re swerving up and down like crazy and swearing over the intercom system!”

Pilot: “Do I look alright Judy!? NO, I AM NOT ALRIGHT! WHY DID I EVER BECOME A PILOT?! MY MOTHER WANTED ME TO BECOME A DENTIST! I SHOULD BE A DENTIST RIGHT NOW WITH A PRACTICE IN MIAMI AND AN OCEANFRONT TIMESHARE INSTEAD OF FLYING THIS GODFORESAKEN DEATH ROCKET 6 MILES ABOVE THE SURFACE OF THE EARTH!”

Judy pulls out a pistol and shoots the pilot in the head, walks calmly over to the controls and lands the plane herself.

Keeping it together in a marathon is not always possible. If you’re running it hard enough, either your mind or your body is going to begin to fail at some point.

For me, my body tends to be the weak link, sliding backward down the hill as my mind is furiously pedaling forward like a little kid on a bike. Tina’s body generally holds up better during a race, pushing forward while her mind drags behind on a towrope, kicking and screaming.

Which goes first for you?

When left by itself the mind produces about 70% negative self talk and only 30% positive self talk. Add the searing physical pain of the marathon into the mix and it becomes very difficult to produce ANY self talk that is not an explicative or a complaint.

Here are some examples:

“How the did that guy just pass me?! He’s wearing shorts over his tights!”

“Fast and flat my ass! I’m going to murder whoever wrote that on the race website.”

“I think I need to puke. Can I make it the half mile to the finish before I puke or should I puke now? Do I feel like gambling? (Kenny Rogers’ ‘The Gambler’ gets stuck in head) ….great.”

Choosing a few positive words or phrases to combat the negativity when it hits is the perfect way to make sure your mind doesn’t get in the way of what your body is capable of. Before your next race, jot down a few positive mantras that are personal to you and will remind you to focus on the end goal rather than the pain of the moment.

These should be personal to you. Let’s say you gave birth to twins and were in labor for 36 hours without an epidural. Well, if you handled that, you can handle a marathon so pull out the word “childbirth” when the going gets tough in the last few miles to remind you how much worse and bloody it could be.

Let’s say you are a guy and are totally freaked out by the last example. If you function better off of visual cues as many men do, you can choose a totally badass image to bring you strength when you need to outkick a competitor. Picture a lion roaring as it leaps onto the back of a wildebeest in the sahara, sinking its teeth into the neck and tearing it apart in slow motion. If that doesn’t give you a boost of adrenaline I don’t know what will. It’s gross. It’s awesome.

The best runners are not just those who train the hardest, they are those who understand the importance of supplemental training, particularly core work to strengthen the stability muscles of the body that serve to hold your form together when you’re tired.

Do you need core work?

Pull up a picture of yourself in the last hundred meters of a race. Ignore your face, most people look like they’re in the middle of of being electrocuted at the end a race, which may in fact be true if you’re running one of the crazy obstacle races with dangling shock wires at the end. Nut jobs.

Anyway, look at the rotation of your arms, are your hands crossing over the midline of your body (where your bellybutton is)? Is your lower trunk rotated as if you were aiming a left jab at the runner next to you? Are your hips dropping from side to side like Shakira? You need strength work. Your hips don’t lie.

If you have one particular muscle or muscle group that rears its head during the final few miles race after race, that can tell you what you need to focus on. I personally have named my right hamstring Tilda, because during the last 5 miles of a race, all I can imagine is this cranky face going for a ride on the back of my leg, punishing me for over-striding. 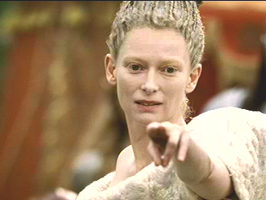 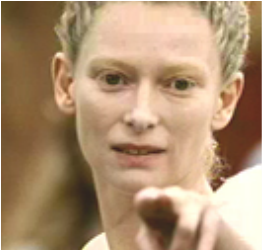 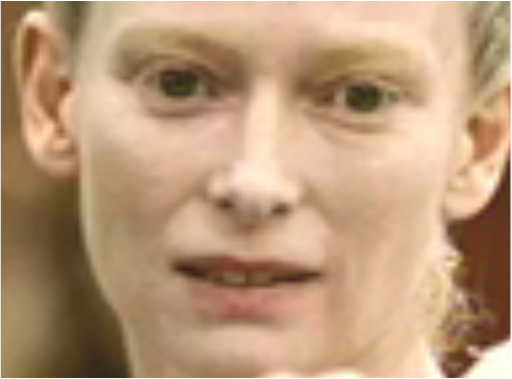 Anyway, it is important to take note of which muscles give out so that you can address weaknesses accordingly. Start keeping a journal after hard workouts or races with little tweaks or form changes that pop up when you’re tired.

Lastly, whether your mind or your body need strengthening, every runner, and yes, that includes you, can benefit from a structured training plan. Check out here if you’re looking to take your training to the next level with a plan or personal coach.